Housed in the 47-story iconic Beetham Tower, the Hilton is a destination in itself. Completed in 2006, it is named after its developers, the Beetham Organisation, and was designed by SimpsonHaugh and Partners. The development occupies a sliver of land at the top of Deansgate, hence its elongated plan and was proposed in July 2003 with construction starting a year later. At a height of 554 feet (169 m), it is the tallest building in the United Kingdom outside London and 10th tallest building in the United Kingdom. It has been described by the Financial Times as "the UK’s only proper skyscraper outside London". The structure is one of the thinnest skyscrapers in the world with a height to width ratio of 10:1 on the east-west façade. The skyscraper is visible from ten English counties on a clear day. The top-floor penthouse offers views of Greater Manchester, the Cheshire Plain, the Pennines, the Peak District and Snowdonia. It has received praise and was awarded the best tall building in the world in 2007 by the Council for Tall Buildings and Urban Habitat.

Ground and foundation works commenced at the beginning of 2004 and construction started in April 2004. By August 2004, work on its twin concrete cores had started and the structure was rising at a steady rate. One of the cores reached 410 feet (120 m) at the end of July 2005, at which point the building became the tallest UK skyscraper outside London. The tower was "topped-out" on 26 April 2006. The skyscraper cost £150 million to construct. 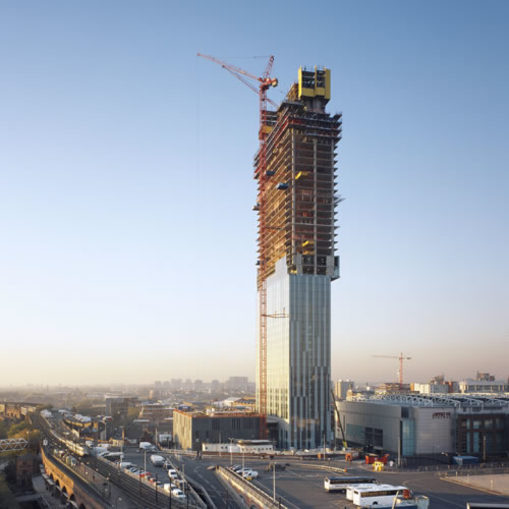 At an imposing 169 metres, the tallest skyscraper in Manchester is visible from 10 English counties on a clear day.