New HSBC European Headquarters, the construction of the new 210,000 sq.ft. (net) office is 55 metres (180 ft) and is an eleven storey building constructed between Alpha Tower and the former Birmingham Municipal Bank headquarters on Broad Street in Birmingham, a 1.5 million sq ft (139,366 sq m) site. The building will serve HSBC Bank as their UK headquarters for the personal and business banking operations.  More than 2,000 tonnes of structural steel, 2,500 tonnes of steel reinforcements and 17,000m3 of concrete have been used in the construction of the building, with 100% of waste from the site being diverted from landfill. Contractors like MPB have so far worked over 530,000 hours on site in total and with 90% of the team working on the building coming from within a 40 mile radius of Birmingham, the build itself is supporting the local economy. 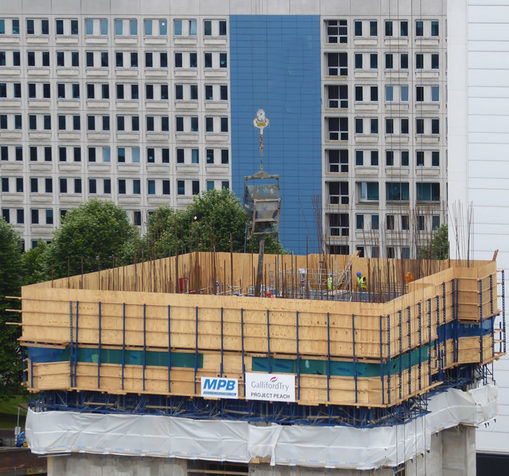