The project comprised of the construction of a tunnel portal and a new elevated Docklands Light Railway station at Pudding Mill Lane, plus associated structures to bring the subterranean railway into the above ground existing rail network. The project will also link new Crossrail tunnels to the existing Network Rail infrastructure.Associated works include a reinforced earthwork embankment, six span viaduct and a number of other bridge structures, to realign the track and link to the existing railway.

The new Docklands Light Railway (DLR) Pudding Mill Lane station - now the largest on the DLR network-open to the public for the first time on Monday 28th April 2014.

The station, along with 'double-tracked' rails that link it to the wider DLR network, has boosted capacity to enable the railway to carry an extra 1,100 passengers per hour and deliver improved service reliability on the increasingly popular route between Stratford and Canary Wharf/Lewisham. 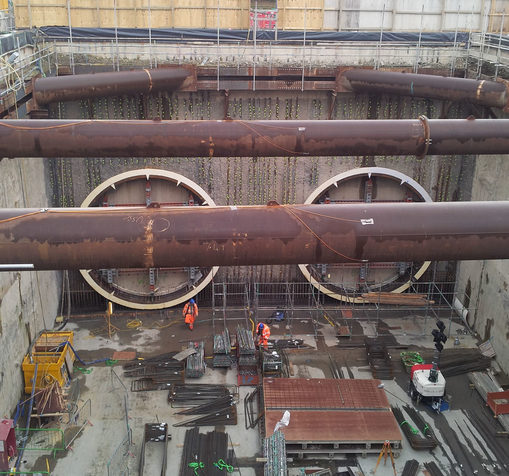