More than a thousand homes will be constructed above the new Crossrail station in Woolwich as part of two separate developments at Royal Arsenal Riverside. Berkeley Homes’ Cannon Square scheme, located over the eastern end of the Crossrail Station, comprises 631 apartments over five buildings. It is part of the ongoing regeneration of the former munitions factory into a mixed-use riverside development, spanning 88 acres.

Royal Arsenal Riverside is a mixed-use development, it comprises one of the biggest concentrations of Grade I and Grade II listed buildings converted for residential use, with more than 3,000 residents. The first phase of homes at Royal Arsenal, "The Armouries", consisted of 455 new-build apartments in a six-storey building. This was followed by "The Warehouse, No.1 Street". The development has a residents' gym, a Thames Clippers stop on site, a Streetcar car club and a 24-hour concierge facility for residents. Wellington Park provides open space and a public house, the Dial Arch, opened in June 2010.

Plans have now been submitted for a new masterplan encompassing further land along the river. More than 1,700 homes already exist at Royal Arsenal Riverside, with an additional 3,700 new homes planned, along with 270,000 sq ft (25,000 m2) of commercial, retail, leisure space and a 120-bedroom hotel by Holiday-Inn Express. Also included in the plans is the new Woolwich Crossrail station. 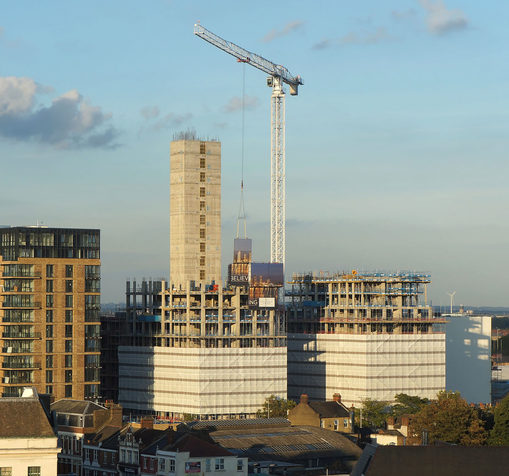 Over a 15 year period, past, present and future regeneration schemes will provide in total around 6,000 new homes